After working with Segways for eight years, San Francisco’s Electric Tour Company general manager Chelsea Roberts is still fascinated by the electric, self-balancing scooters. She takes a mini-Segway in the trunk of her coupe when she travels and rides it whenever she can, including four blocks to work every morning. She’s passionate about introducing first-timers to the joy of Segways. “It’s exhilarating, watching people overcome this thing that they didn’t think they’d be able to do.”

With Roberts at the controls, Electric Tour Company is the highest ranked Segway operator in the United States as well as the top ranked San Francisco tour company out of 297 on Tripadvisor.

Electric Tour Company has stayed ahead of the curve by investing in technology to make the business the best it can be. Two years ago they implemented Wherewolf’s software suite for digital registration and paperless operation. Roberts says this has led to a smoother experience for guests, better staff efficiency, and has ultimately improved their bottom line.

The Founding of A Segway Business

Founder Brian Huber had the idea for the business in 2001, shortly after Segways first came on the market. He bought two Segways for his teenage sons and neighbors were constantly asking to borrow them. “Once people started finding out he had Segways everyone wanted to try them. He thought: ‘We could make a business out of this,’” Roberts says.

Huber was already connected to the tourism industry through his travel publication business, and in 2004 opened San Francisco’s first Segway tour company out of the same office, which is still Electric Tour Company’s corporate headquarters today.

Roberts started at the company as a seasonal guide in 2010, when she was still in school. “I thought I was just going to be there for the summer but then I got asked to stay.”

She joined at the start of a period of growth for the company, which then had only five or six employees. Roberts saw room for improvement when she realized the tour guides’ stories were sometimes different and conflicting. “I really wanted to give a good, true tour and I helped with training and implementing training.”

The boss saw her talent and in 2012 she became GM. Now she oversees between 25 and 35 staff, depending on the season.

The part of her job she enjoys most is teaching people from all over the world to ride a Segway. She loves the look on people’s faces when they’ve mastered their new skill. “It takes patience but it’s really, really rewarding. People think they won’t be able to learn but anyone can do it.”

From Paper Hassles to Paperless Ease

When she first started at Electric Tour Company the business was swamped in paper, so much so that they had to rent a storage unit just to house all the waivers. “It was a hassle, for a few reasons,” Roberts says.

They experimented with their creating their own iPad check-in system to cut back the paper but it wasn’t a success. The point of the technology was to not only improve the process but add to the customer experience. A clunky app or digital form didn’t cut it.

The company uses Rezdy booking software, whose team suggested Wherewolf’s digital waiver software that is built specifically for tourism operators to go paperless. After a demo and speaking with a few existing customers, they made the switch and Roberts says they haven’t looked back, eliminating the backlog of paper and improving their bottom line. “We’ve saved on paper and the cost of ink has gone down.”

When guests walk in, they are directed to the Wherewolf check-in app to complete their digital waiver, answer a few marketing questions, and check-in. Wherewolf has eliminated stress and left the team better able to do their job. “Our staff is way less frazzled now. They’re not running around at the last second printing waivers. We can just enter a reservation and check them in simply,” Roberts said.

Electric Tour Company marketing manager Brandon Luse noted how the Wherewolf team customized the system to their exact requirements. “They worked with us to add features and tweaked a lot of stuff and really made it work for us as a business.”

Luse believes the great check-in experience has also improved their all-important word-of-mouth marketing. “A lot of people who aren’t used to seeing it all done electronically are pretty impressed by it.”

One of the things he likes most about Wherewolf is the convenience of being able to access customer data from anywhere. “I can pull the Wherewolf Dashboard up on my cell phone or on the iPad at any office. Being able to do it quickly is really nice.”

And from a marketer’s perspective, being able to automate the follow-up thank you emails that go to every single guest, not just the person who made the booking, has made a huge impact on growing their online rankings to the top spot. “Our staff can ask guests to remember to rate us online when the leave, but when they get that email, right on their device and just have to tap a button to post a review, it’s immediate and easy,” Luse said. “They had a great time and are happy to do it.”

Luse added that being paperless has shrunk their environmental footprint and grown their sustainable credentials. “Everybody in San Francisco is so eco-friendly.”

Roberts says Wherewolf is a great fit with the company’s sustainable brand. “We pride ourselves in being green, with zero emission vehicles. We’re the ‘Electric’ company, so it made sense for our process to be electronic.”

You can learn more about San Francisco’s Electric Tour Company and book a Segway tour on their web site electrictourcompany.com. 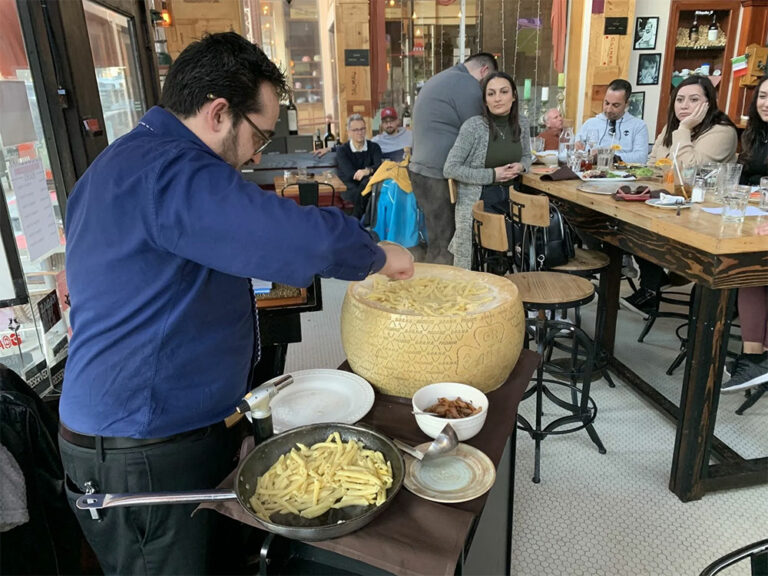 Local Tastes of the City Tours

Any cookies that may not be particularly necessary for the website to function and is used specifically to collect user personal data via analytics, ads, other embedded contents are termed as non-necessary cookies. It is mandatory to procure user consent prior to running these cookies on your website.